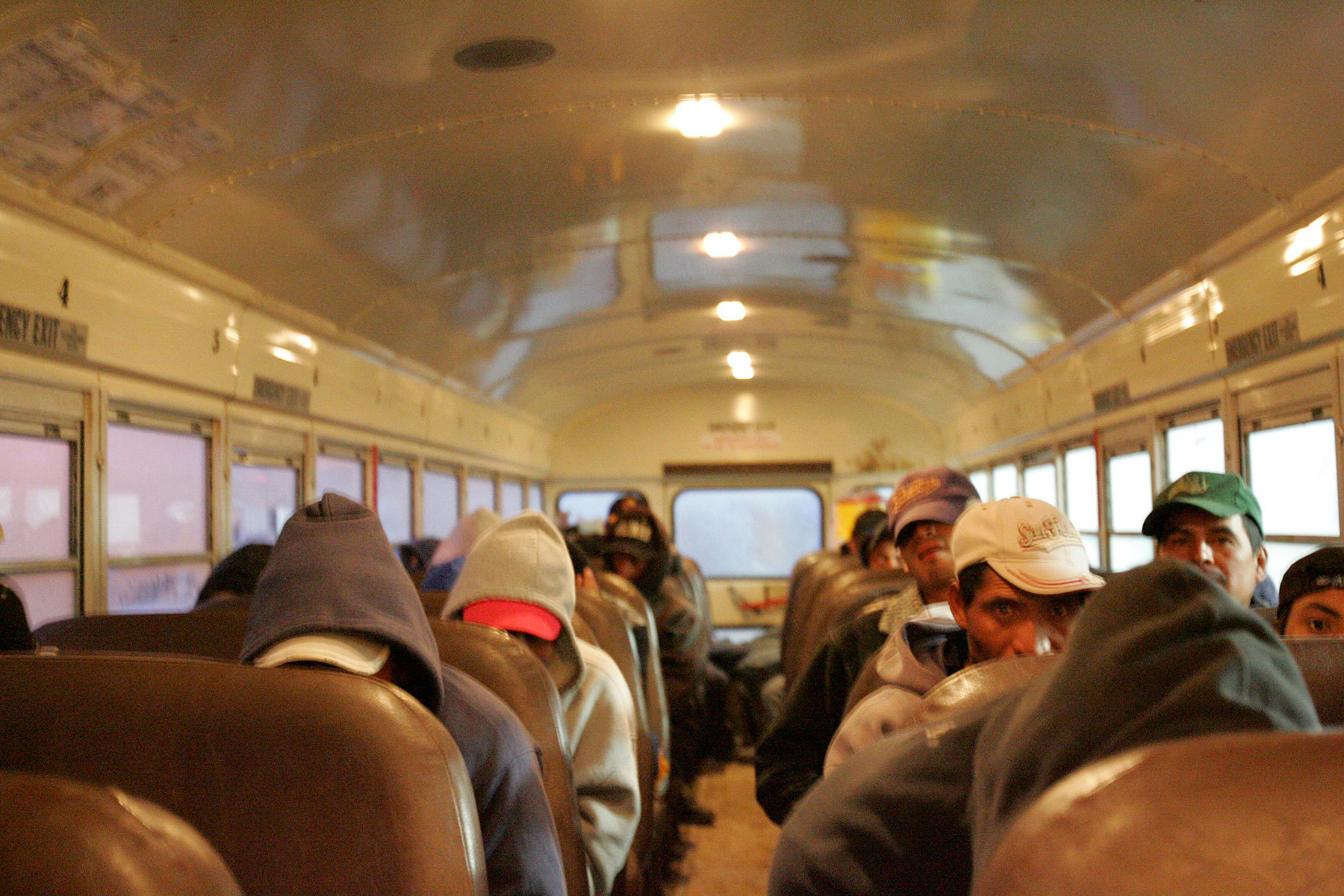 As dawn breaks over Huron, the workday begins. At 5am, buses come to take the workers to the fields. Many are undocumented, and so are fearful of revealing their identities.Twice each year, when lettuce is harvested in the area, the population doubles and Huron becomes a Grand Central terminal for the migrant workforce. Laborers gather in the main street where buses line up to take them to the fields. Some are on contract, but many just hope for a shift each day. Gang members know that workers without bank accounts carry large amounts of cash, and robberies are common. It was oncedescribed as "knife-fight city," due the evening activitiesof some migrants who descend on the city. Huron, the "Heart of the Valley,"is a city of 5,900 in western Fresno county with six bars, five gangs and a famous drug alley.