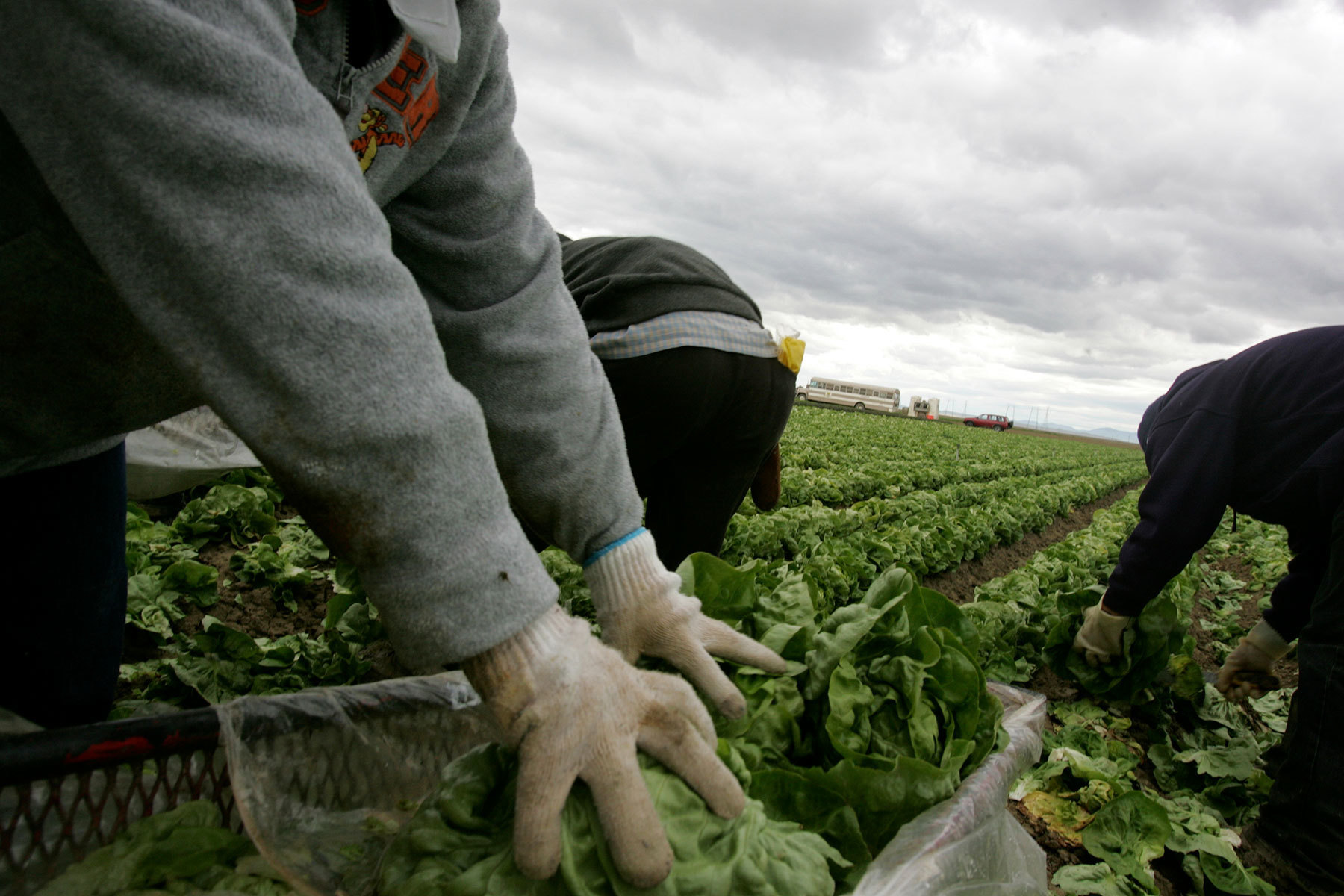 Just outside of Huron, the mainly undocumented migrant workforce takes the back- breaking work of lettuce picking, which earns on average six to eight dollars an hour. California's Central Valley offers at least seasonal agriculture jobs to 600,000 to 700,000 workers each year. Huron, the "Heart of the Valley,"is a city of 5,900 in western Fresno county with six bars, five gangs and a famous drug alley. Twice a year, when the lettuce is harvested, the population doubles. Gang members know that workers without bank accounts carry large amounts of cash, and robberies are common. It was once described as "knife-fight city," due the evening activities of some migrants who descend on the city.